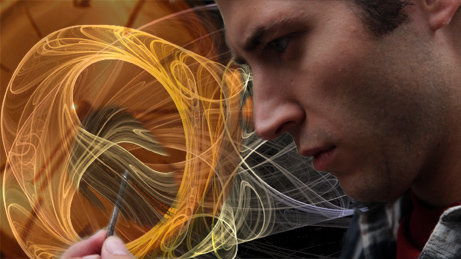 First, the great news: Found In Time has been picked up for domestic DVD/digital distribution, by Green Apple Entertainment! Many thanks to our producer’s rep, Glen Reynolds at Circus Road Films, for working so hard and never giving up in the film.

Second, it’s time to take stock a bit and figure out what, if anything, we learned about distribution during the past year of trying to chase it down. This will be an ongoing process, since the actual distribution phase of the film has just started, but here are some initial thoughts.

DISTRIBUTION IS NOT THE END

When my girlfriend heard that the film had gotten a distributor, her first reaction was “that’s great.” Her second was, “so that means you can move on, right?” For better or worse, no.

Unless you’re one of the lucky contestants who win the jackpot – a decent all-rights deal with an actual advance – distribution is really the third act of the very long (melo-)drama that is the making of your film. Distributors want to make money. You probably want money too, but you also want other things – fans for your next film, a sustainable filmmaking career (whatever that means these days), and some exposure for your work. Sometimes exposure runs counter to income (as anyone traveling the festival circuit knows).

Once you have a distributor, you now have to put together your deliverables.

The last few deliverables contracts that we’ve seen (both for our film and others’) have specified that the projection master be delivered via QuickTime. Tape delivery (on HDCAM-SR, DigiBeta or other formats) has mostly gone by the wayside. This is great news, in that at least you don’t have to shell out for dubs at the point where you can least afford them.

On the other hand, it may mean that the distributor is fronting those costs through post house deals they have, which also means that they’re going add them to their list of expenses. Which means you may have to wait even longer to see any money. Find out if that’s what’s going on. Perhaps your post contacts can even outbid theirs?

Artwork is key. If you have a poster, postcard, DVD sleeve, etc. artwork, then make sure to provide them to the distributor, preferably as layered Photoshop (PSD) file. Don’t forget to include font files for any custom fonts you’ve used.

Make sure you get good stills, or know how to intelligently grab still frames from your film and resample them properly for print. Learn the difference between web-friendly and print-friendly graphics! If you don’t know this stuff and don’t have time to learn or just don’t feel confident that the results will be any good, find someone (and pay them something) to do it for you.

Get a music cue sheet from your composer! This is nothing more or less than a list of all the music cues in your film, named, with the beginning/end timecode of each. Didn’t get it from the composer? Track done your sound post folks. Is neither an option? Then it’s time to watch your film in your NLE and write down cues!

A timed dialog list is very helpful to have. That’s a list of every line of dialog as it was uttered by your actors (you’d be surprised how different it is from what you wrote), along with the timecode start/stop points. You also want to include title cards, written words on screen (like on someone’s phone), voice-overs/off-screen dialog, and even “human sounds” (laughter, grunts, etc).

This list will be used to create subtitles and dubs of your film, if you happen to get foreign distribution. It’s incredibly tedious to make these, but if you can stand to do it yourself you’ll save some bucks. Here’s an Excel template with some example lines from Found In Time to show you what one looks like.

GETTING THE WORD OUT

Found In Time will be distributed on DVD and digitally. There’s no guarantee of what exact shape that distribution will take, or how long it will take to get the film out there. While that’s happening, we want to publicize the fact that it’s getting distribution, so that more people will still be interested in buying it when it’s finally available.

The best ways to do that:

We’ve taken the film to festivals and critics, and have used Facebook, Twitter, Tumblr, and our monthly e-blast to get the word out. We could be doing more with social media, but honestly there aren’t enough hours in the day.

We’ve also sent out personal emails to people we know and love, letting them know about the film, and offering quid pro quo if they’ll get the word out. So if they have something going on they’d like us to publicize, we’ll be happy to do it. Not only is this good networking, it’s also a decent way to be.

One of the things we’re considering right now is whether to do some kind of limited theatrical distribution. We could use an intermediary, who will charge a service fee; or use a company like Tugg, that does ‘event-type’ screenings and doesn’t cost very much up front; or do something non-traditional. We’re considering the latter option right now. Since we made a sci-fi film, we’re reaching out to sci-fi conventions to see if they’d screen it as part of their film sidebar (if they have one).

Our strategy is evolving, and we’re still learning, about this amazing (and sometimes frustrating) game. But we’ll post more details – and of course, the street date for the DVD and streaming – soon. Until then!