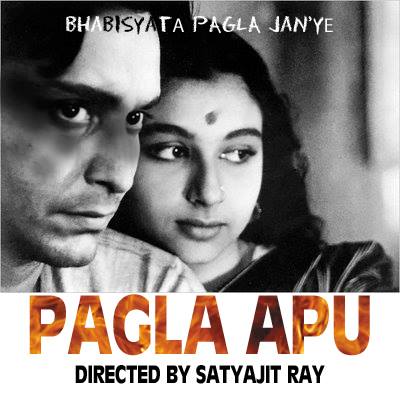 By any account, I consumed a crapton of tv. Jessica Jones, Red Road, Daredevil, The Walking Dead, Orphan Black, Game of Thrones (oh and Helix and Defiance)… days of my life I’m not getting back were spent staring at the screen. But this wasn’t a passive experience – those were moments where I felt intimately connected with the lives of fictional people. Debarati and I talked about them as though we knew them. It’s that cliched tv-as-modern-campfire experience, and it definitely reached some kind of peak for me this year. It could be because I’m studying these shows with an eye towards breaking into the medium, or it could be that the creators are counting on the binge-watching experience when they’re crafting the stories.

On the other hand, it’s been a surprisingly lackluster year on the film front. I saw a handful of truly great features, most of them at least 25 years old (or older). But Avengers (especially), Spectre, Terminator: Whatever, and others… they were technically brilliant, good looking commercials, but had little lasting emotional value. And an even larger percentage of films – Ex Machina and The Martian come to mind – were gripping while I was watching them but really didn’t leave much of an impression later.

Surprisingly (or not), my most memorable film experiences of the year came from a handful of indie films and older, ostensibly more quiet films. So here’s the list of films I saw in 2015 that I will remember for years to come.

THE APU TRILOGY, Pather Panjali, Aparajito, and Apur Sansar – three incredible films, made by Satyajit Ray, from 1955 to 1959. The trilogy follows the fictional Apu, from his impoverished childhood in rural West Bengal in the early 20th century, to his later childhood in Benares, to his adulthood in Kolkata. After many years of hearing how awesome these films were, I finally got the chance to see them projected, thanks to a new restoration that screened at Film Forum. Ray does more with a single shot of two children running through the field to see a train go by, than Joss Whedon did with $200+ million and all the CGI toys and top-drawer Hollywood talent that you can buy with that. The careful composition of each shot, the amazing performances, the fact that you feel like you’re a part of someplace you’ve never been – it’s epic filmmaking, but done in a very understated (and therefore underappreciated) way.

HEAVEN’S GATE, released in 1980, is famous for being the film that bankrupted United Artists, and ushered in the beginning of the end of auteur-driven Hollywood filmmaking. On the surface it seems obvious: it’s a slow-moving, not very action-oriented Western about a lawyer from Harvard who ends up on the side of small homesteaders, immigrants and cattle rustlers in a remote part of Wyoming, as they’re targeted by big-time cattle ranchers. An epic of American greed, as immigrants who are fleeing Europe try to scratch out a decent living, and are targeted by ruthless, bigoted businessmen… sound familiar?

Time has been kind to this film, as many critics slowly unpacked what was really going on with the film. There are many repeating visual and sound motifs – concentric circles, mazelike interiors that contrast with the wide-open exteriors, locomotion of various kinds (horses, carriages, railroads, roller skates). The visual density, the telling of the story through movement and sound, the moral ambiguity of many of the characters – those alone are worth seeing the film for. Again, I felt like I was living in Wyoming over a century ago. I wasn’t in the theater any more.

NIGHTMARE CODE: This is a sneaky indie sci-fi/thriller. At first, you might think it’s just a ‘found footage’ project, playing on themes that have been worn to death – the dangers of surveillance, virtual reality, and so on. But it’s much more interesting than that. A troubled hacker trying to get out a big legal mess takes on a job at a startup. He’s tasked with finishing up their sophisticated behavior recognition software prototype, right after their lead programmer went postal and shot half the staff and himself. But the code proves to be far more than just predictive – it seems to be changing the behavior of its programmers, and not for the better. This film tells its story using split-screen security cameras, webcams, body cameras, and computer screen, in a way that’s really effective. The acting is really great – you feel as though you’re in a real startup shop, with folks trying to cope with real development problems. The realism makes the spooky goings-on that much more effective.

MAD MAX: FURY ROAD is amazing. It had no reason to be anything than a stupid action film with lots of over-the-top effects and no depth. It was a license to print cash. Instead it had a heart, a real point of view, incredibly well-done characterizations (especially considering the sparse dialog), and yes, awesome action (achieved through a magnificent combination of practical effects, CGI, and let’s not forget the sound design)!

UNTIL THE END OF THE WORLD, the director’s cut. When I saw the original version – 2.5 hours – back in 1990, I was both bored and intrigued. After seeing Wings of Desire, I was in love with Wim Wenders and thought he could do no wrong. But the film was so muddled and gave me no real anchor to guide me with. I could tell there were some great ideas floating in there, and had heard rumors that there was a longer cut out there.

The completely restored version, presented this year at MOMA, was amazing. It clocks in at nearly 5 hours, but you’re not bored at all. Instead, you’re incredibly grounded in what’s going on. The ostensible plot is about a woman who’s drifting through life in 1999, and gets seduced by, and then chases, a mysterious man who’s carrying around a camera that can record reality for playback to the blind, while the whole world is waiting for a potential nuclear disaster (a satellite carrying a nuclear payload may be crashing to earth). The plot takes the viewer from Europe through America to Japan to the aboriginal homelands in Australia. The themes of the film carry you through the wonder, fears and joys of modern life and tech, issues of community vs. individuality, the struggle to distinguish between the real and the virtual (and the real environment of dreams versus the virtual reality of our concept of nature). It’s a deep, dense movie, well worth the evening.

JESSICA JONES – yes I know it’s not a film, it’s a TV show, but hear me out. This is the project that will forever change the way we look at the superhero genre in film and tv. The craft on display is amazing – the performances, fight choreography, direction, lighting, sound design, music… but it’s the multilayered story that makes it work. By opting not to do another “the world ends if we don’t stop the bad guy,” the show instead delves into the internal world of the characters. It seems like it’s about a hard-drinking PI who is trying to take down a clever psychopath with a special talent for manipulation. But it’s also about the nature of abuse and manipulation, and the damage that abusive relationships can cause to one’s psyche. It’s about the difficulty and high cost of doing the right thing, when society as a whole rewards ‘following the program’ (even when that program turns you into a killer, a la Nuke, or a victim, like Patsy).

IMAGINE I’M BEAUTIFUL – this is a really tense, slow-build psychological thriller, written, starring and produced by Naomi McDougall Graham, and directed by Meredith Edwards. Without giving too much away, it’s about a young woman, Lana who comes to the city and answers a roommate ad. She moves in with the very troubled Lana, and the two slowly form a deep bond. But their friendship turns and twists in unexpected ways, and you’re kept wondering where the hell is their relationship going? It’s a great handshake of style and substance, made more amazing by the fact that it was made on such a low budget.

At first glance these films seem completely unrelated. Pather Panjali, Imagine I’m Beautiful and Nightmare Code were low-budget first features. Mad Max is part of a franchise, with top stars and made by George Miller, who’s pushing 70. Until the End… and Heaven’s Gate were both regarded as mid-career commercial and artistic failures at the time of their release. Jessica Jones was a thoroughly collaborative effort, produced by the Marvel machine (which has had better years, frankly).

But what unites all these films is their focus on what Tori Amos called, in her fantastic album and title song, Little Earthquakes. “Oh, these little earthquakes / Here we go again / Oh, these little earthquakes / Doesn’t take much to rip us into pieces.” When you listen to that song (or just about any of them on the album), you’re shown that someone’s sanity and life and dreams can matter as much as the whole world’s, and can depend on the simplest of things. Stolen fruit, the one tree that’s still standing in a marsh, the lucky find of a typewriter in a commune… these films, like little earthquakes, obliterate boundaries. I’ve never been to Apu’s remote West Bengal village, nor did I grow up in a post-apocalyptic wasteland. But while I was watching them and for some time afterward, I wasn’t here in NYC in 2015 anymore; I was standing next to Apu while he was walking down the tracks by his apartment, or hanging on to Furiosa’s rig for dear life. These films accomplished the miracle that the medium has always promised and seldom delivers – to connect you to someone else, somewhere else, and change you in the process.

At some point I’ll write about the great TV I saw in 2015, so stay tuned! Happy new year!