It’s been a while since I dipped into the ‘critical’ role. Generally, while I like (and read plenty of) film criticism, I’m less sure of my ability to write it. Also, I’m constantly afraid that it will make me very self-conscious in my own work.

But, I feel like I have to speak but, because something is bugging the shit out of me, and it has to do with the advertising (and to some extent) the fan-boy reception and criticism of Zack Snyder as a ‘VISIONARY.’

Zack, I don’t know you, but I have seen most of your films. I feel that you, Gaspar Noe (Enter The Void), Sophia Coppola (Lost In Translation), Christopher Nolan (Dark Knight), and a few other filmmakers belong to a particular class of artists. You have impressive technical skills, and are trying to embrace bigger themes in your work, while working within a system that seems to actively discourage anything of the sort. That does make you special among many film directors who seem content to waste their talents on complete crap, or try to make a go of it entirely outside the mainstream system.

However, it doesn’t make you a visionary. Because, in order to be a visionary, you have to have a VISION.

What do I mean by this? I mean that, as an artist, you have to reach beyond what we know and accept as part of our consciousness, dig into what’s ‘out there/in there’ – the endless, constantly unfolding universe – and bring back a new paradigm, nugget, something, anything, that suggests a better/newer/alternate way of being, thinking, loving, living, making. In literature and philosophy, think of Ovid, Dante, Blake, Nietzsche, Freud, Jung… more recently, Djuna Barnes, Pynchon, Deleuze, Adrienne Rich, Phillip K. Dick, William Gibson, Samuel Delaney, Elizabeth Hand, Neil Gaiman. In art, think of Picasso, Matisse, Keith Haring, Louise Bourgeois. In music: Dirty Projectors, John Cage, Arvo Part, The Boredoms, Bjork, Bill Laswell’s Last Exit, PJ Harvey…

Feel free to argue with some or all of my choices. Not all of them produced consistently visionary (or even good) work. But what unites them (at least is my mind) is that, regardless of their choice of medium, subject matter, technical acumen, critical reception or box office score, they bring something back from the edges of our existence, and thereby broaden our sense of what’s possible.

Other visionaries: the filmmakers I’ve been meeting this year on the festival circuit. The filmmakers behind Sader Ridge, Found, Channeling, Menschen, Lonely Boy – just to name a few, and just at one festival (the Phoenix Film Festival) – are exploring new places, on budgets that are far less than Zack Snyder’s personal bottled water supply. Are the works technically perfect? No. Who cares? They have the vitality that unites great art, from the shamanic cave paintings at Lescaux to Basquiat to Ralph Ellison to Arvo Part’s Tu Deum.

Being a visionary doesn’t guarantee success – sometimes it means taking years of exploration, exile, scraping by on day jobs, scratching away at ideas, throwing a lot of crap out. It’s risky and maddening and sometimes you’ll die before everyone realizes who amazing you are. But if you want the frontier, to connect with what made you want to do this as a kid – it’s there, waiting for you.

So use this word with care. If you aspire to visionary status, spend some time working in the dark. And bring us back something new. 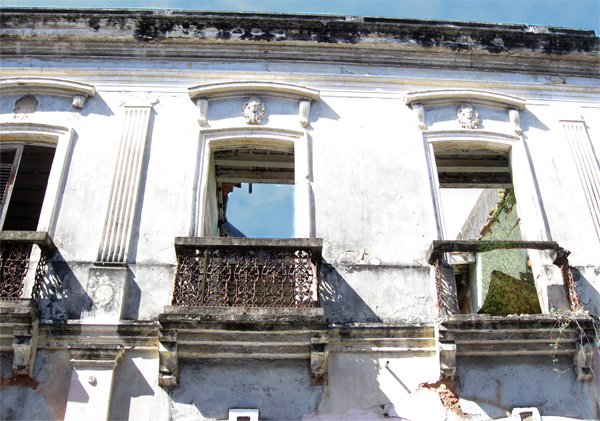