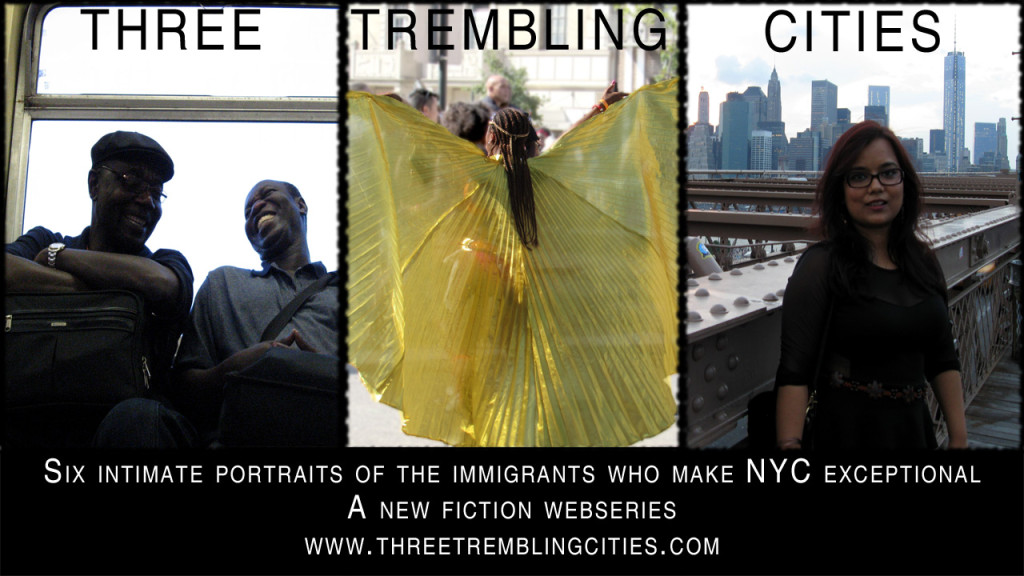 We just launched our Seed & Spark campaign for the project! Our goal is to raise $10K for the budget in the next 30 days. You can be a part of the team that makes it possible – head over to seedandspark.com/studio/three-trembling-cities to find out more, watch our pitch video, and contribute what you can. Thank you!

We’re still working on the teaser video for the page, but our IndieGogo.com page is up, running and accepting donations.

I admit that I was extremely skeptical of the crowdfunding model. The basic idea is that instead of hunting down a few producers and/or investors with deep pockets and expendable cash, you build a community of supporters (and potential ticket/DVD buyers) by soliciting small donations. Those donations, combined with a few dollars from your pocket, some freebies, and maybe a kindly investor (or credit card), would be enough to make your movie.

About 15 years ago, a few producers tried similar strategies. The idea was to raise the budget “one movie ticket at a time.” To my knowledge, none of those films got made. The idea seemed like a nice one. But given that people were shooting on film in the mid-90s and were trying to raise $500K for their first features, it seemed akin to saving up pennies to buy a house. Also, keeping track of potentially hundreds of donors seemed like a major nightmare.

But that was one generation of filmmaking and internet technology ago. The advent of cheap, tapeless HD makes it possible to shoot features for a lot less than before. The openness of distributors and fans to “mumblecore” movies – shot for peanuts with minimal crew, cast, and very tight, contained stories – has given us all hope that small movies with no stars can connect with an audience. And sites like IndieGogo.com, KickStarter (and the infrastructure created by PayPal and Amazon.com merchant accounts) make it a lot easier to accept and keep track of small donations.

The real revolution, though, is in the direction filmmakers and audiences are looking. We’ve all realized that we can’t count on distributors. They’ve become too risk-averse and too penny-pinching to welcome members into their cadre. To some extent, this is a return to the way things have always been: a few controversial figures get into the club, but most of the filmmakers and their movies cater to a certain taste. This is not a bad thing – studios are very good at making and marketing a certain kind of movie – but it’s only one slice of what film is truly capable of.

The ’90s and early ’00s were a brief moment when it seemed like the gates were open to a wider array of talented people; and that distributors who were interested in promoting these films, and their stars, crew, producers and directors would actually do things like cut trailers, arrange promotions, and market the film to an audience.

Sadly, I think those days are behind us, at least for now. The distributors are asking for filmmakers to do more of the heavy lifting: cut the trailer, produce the artwork, cross-promote the film, cough up all the deliverables – while promising less in return.

Compared to that, finding your audience on your own and working together with them to make your film sounds like a much better deal, even if it is more work. In some ways it’s like going back to what motivated us to get into this business in the first place. I took photos and wrote stories as a kid because I wanted to share experiences with an audience (and get applause, let’s face it). They helped me, I (hopefully) helped them.

In the long run, hopefully this will lead to a revitalization of distribution. Distributors will realize that the audience matters, that small movies can make people happy AND make money. And we’ll all be better off. Here’s hoping!